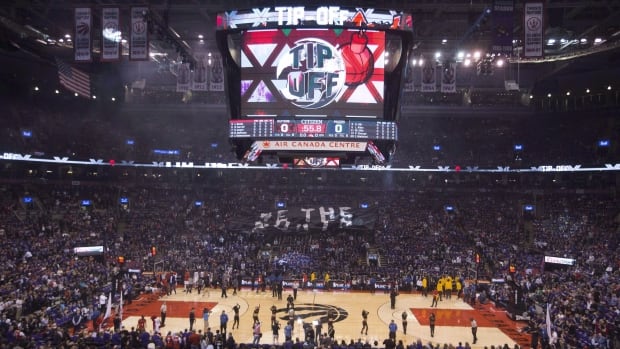 
The Toronto Raptors will begin the next season playing in Tampa, Fla., after their request to play home games in Toronto was denied by the federal government.

A federal source with direct knowledge confirmed to CBC News’ David Cochrane that the Raptors could return to Toronto later in the season if pandemic conditions improve.

In a statement, team president Masai Ujiri thanked government officials for their efforts and said the team would begin the 2020-21 season using Tampa as their home base. The season is scheduled to begin on Dec. 22.

“The Raptors worked diligently with public health officials at the local, provincial and federal level to secure a plan that would permit us to play our 2020-21 season on home soil and on our home court at Scotiabank Arena,” Ujiri said in the statement.

CBC News’ David Cochrane confirms that the Toronto Raptors will begin the next season playing in Tampa, Fla., after their request to play home games in Toronto was denied by the federal government. 1:56

“These conversations were productive, and we found strong support for the protocols we put forward.

“Ultimately, the current public health situation facing Canadians, combined with the urgent need to determine where we will play means that we will begin our 2020-21 season in Tampa, Florida. We want to thank all levels of government and their public health officials for their dedication to this process, and for looking after the health of Canadians.”

Ujiri asks fans to ‘cheer for us from afar’

In the statement, Ujiri said the Raptors organization would continue to plan for a safe return to play in Toronto and remained committed to promoting and demonstrating public health measures to help combat the spread of COVID-19 in Canada.

“They say absence makes the heart grow fonder,” Ujiri said. “I’m not sure that’s possible for us — we love Toronto and Canada, and we know we have the best fans in the NBA. For now, I’ll ask you to cheer for us from afar, and we’ll look forward to the day we are all together again.”

The NBA saw its 2019-20 season pause in March due to the spread of COVID-19. It resumed July 30 at a sealed-off “bubble” complex at Walt Disney World near Orlando, Fla.

Like the Raptors, the Blue Jays appealed to the provincial and federal governments to play at home but were denied. They relocated temporarily to Buffalo.

The 2019-20 NHL season also paused in March before continuing in the hub cities of Toronto and Edmonton.