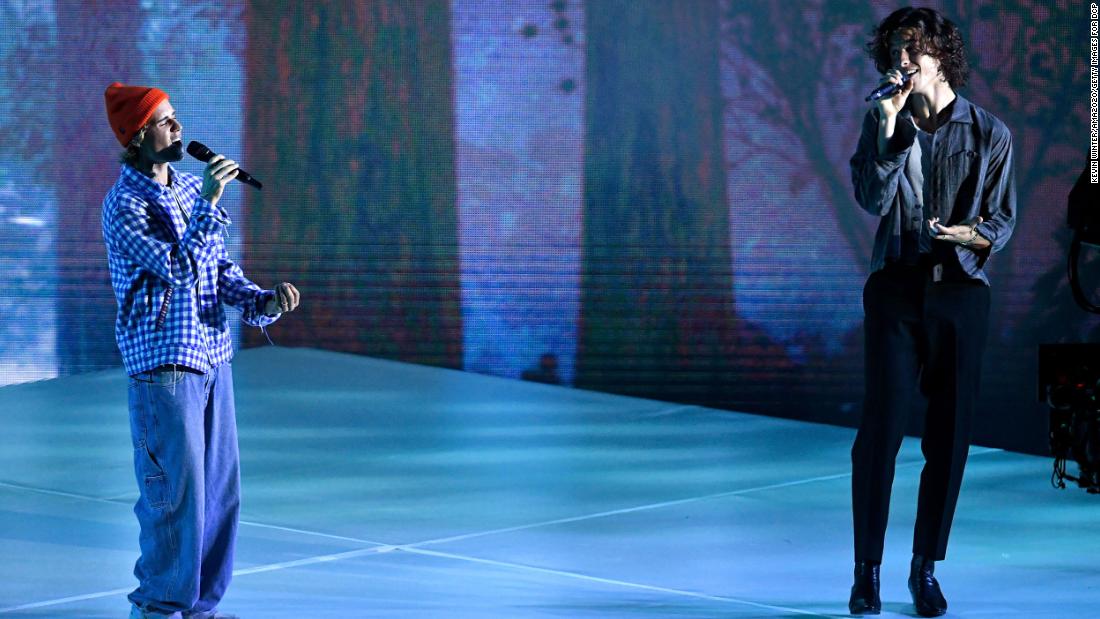 Justin Bieber and Shawn Mendes recently released a duet and also blessed their fans with a joint performance.

The former is autobiographical with its lyrics bout “the money and fame at an early age,” while the latter is grown Bieber with a spiritual awakening.

Cue all of the screaming from the Beliebers and the Mendes Army.

Sunday’s event was held live — with Covid-19 protocols — from the Microsoft Theater in Los Angeles, though some portions were prerecorded.

Host Taraji P. Henson danced to a medley of songs through the years, including “Let’s Go Crazy” and “Wap.”

The actress gave shout-outs to some the evening’s performers like Megan Thee Stallion. (Henson makes a cameo the rapper’s music video for her new single, “Body.”)

The first award of the night, favorite Soul/R&B album, went to The Weeknd for “After Hours.”

He appeared with his face wrapped in gauze and surgical tape and dedicated his award to the late singer Prince, whom The Weeknd said presented it to him the last time he won that trophy and was an inspiration.

There was no traditional live audience due to the ongoing pandemic, but there were cutout posters of some stars in the seats, including Beyoncé.

Henson announced that those present in the theater were socially distanced and grouped by members from the same households, masked and and tested for Covid-19 in advance of the show.