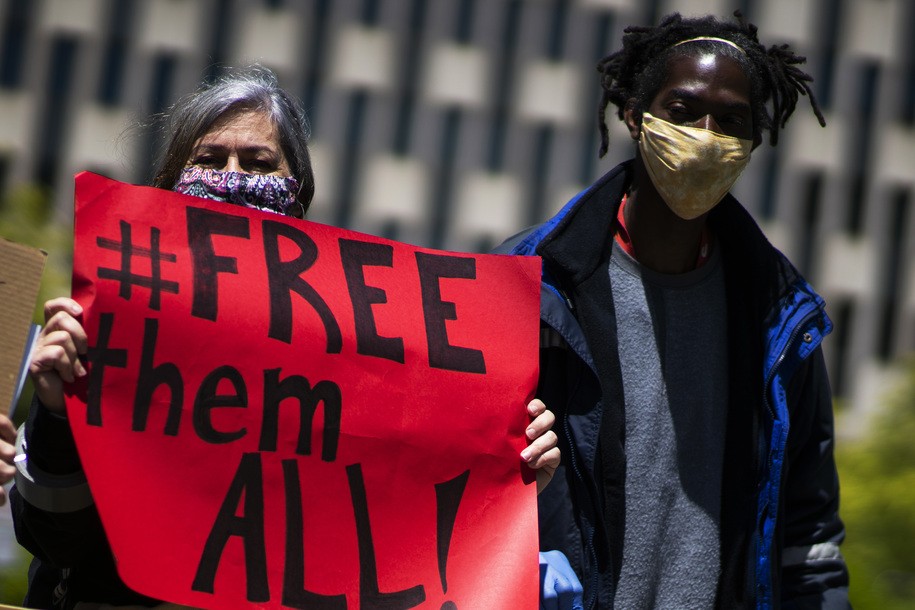 
VICE News reports that Adan and the second person, “JR,” again feared imminent deportation after discovering that their commissary accounts at the privately operated Irwin County Detention Center in Ocilla had been emptied. This is a common sign that officials intend to deport someone. While JR’s attorney was able to get reassurances that she would not be deported, attorneys for Adan had to rush to file documents in court to stop her deportation.

Both are still detained at the LaSalle Corrections facility for now, but that’s no guarantee ICE won’t try again for a third time even as federal legislators are urging the out-of-control agency to release the women as the investigation into Amin continues. Adan has spoken with investigators already and says she feels there’s more she can assist with. It’s unclear if JR has already spoken to them.

“Deporting these witnesses—especially when none of them have received independent physical or mental health evaluations by medical experts—amounts to a de facto destruction of evidence,” legislators wrote in the letter, The Washington Post reports. They write that the women—there’s more than 50 who have stepped forward—should have the chance to apply for what’s called a U-visa, which puts undocumented immigrant victims of violent crime who work with law enforcement on a path to legal status.

“These women are taking enormous risks to try to do justice to what happened to them,” Columbia Law School professor Elora Mukherjee told The Post, “and everyone in the investigation team should make sure that as many women as possible come forward and speak out.” She said that law enforcement giving the women “certification,” which states that they were a victim and helpful to the investigation, is the “basic minimum protection.”

Prism’s Tina Vasquez has previously reported about one asylum-seeker who said Amin performed a hysterectomy on her without her consent and was later deported.

“Before being deported in April 2018, Maria was detained at ICDC for nearly seven months,” Vasquez wrote. “During her time at the facility, even before the alleged surgery, she said she experienced a host of medical issues, largely related to medical neglect. With the help of an interpreter, the asylum seeker told Prism that medical staff at ICDC often failed to give her the diabetes medication she needed, sometimes skipping multiple weeks.” Maria, speaking over the phone from El Salvador, told Vasquez that “[n]o one worried for the immigrants.”

“In an email, an ICE spokesperson said that ICE is fully cooperating with the investigation by the Department of Homeland Security’s Office of the Inspector General,” Vice News reported. “The agency has also helped accommodate interviews that are being conducted by the Department of Justice Civil Rights Division.” Trying to deport immigrants abused by the subject of the investigation, not once, but twice, sure is a strange way to be “fully cooperating.”