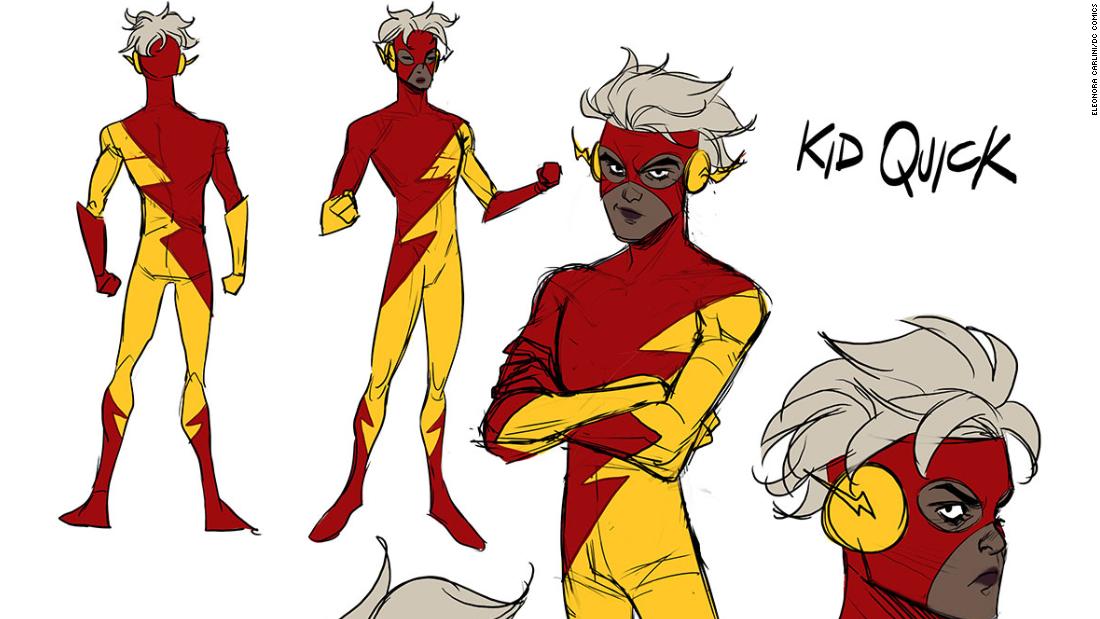 Kid Quick is the newest addition to a small but growing group of nonbinary superheroes in the DC Comics universe. The character will join the nonbinary Lee Serano, who first appeared in an installment of the Super Girl comics, and original character Doctor Endless, who is gender fluid. Both characters debuted in 2017.
Although LGBTQ characters in comic books are still a rarity, there’s been a significant increase in representation over the last few decades.
Kid Quick is being ushered in as a part of DC’s “Future Slate” event taking place in January and February 2021. During this time, new comic book characters and story lines will be introduced to expand its representation of characters by offering new twists on some of its iconic characters.
“The DC Universe has always been fertile ground for new and refreshing takes on our characters, and DC Future State definitely contributes to this legacy,” said Marie Javins, DC Comics’ executive editor, in a news release obtained by Comic Book. “When the event begins in January, some savvy readers will not only pick up on some of the breadcrumbs that have already been tossed out in our current titles, but they will also find new hints and clues of what’s to come in 2021.”
Ivan Cohen, who created the character with Eleonara Carlini, told Screen Rant that Kid Quick will debut in the 80-page “DC’s Very Merry Multiverse,” which will be available on December 8.

Kid Quick will then join Earth-11’s Teen Justice team as The Flash in “Future State: Justice League.” Other Earth-11 characters include a gender-swapped Robin and Aquagirl.