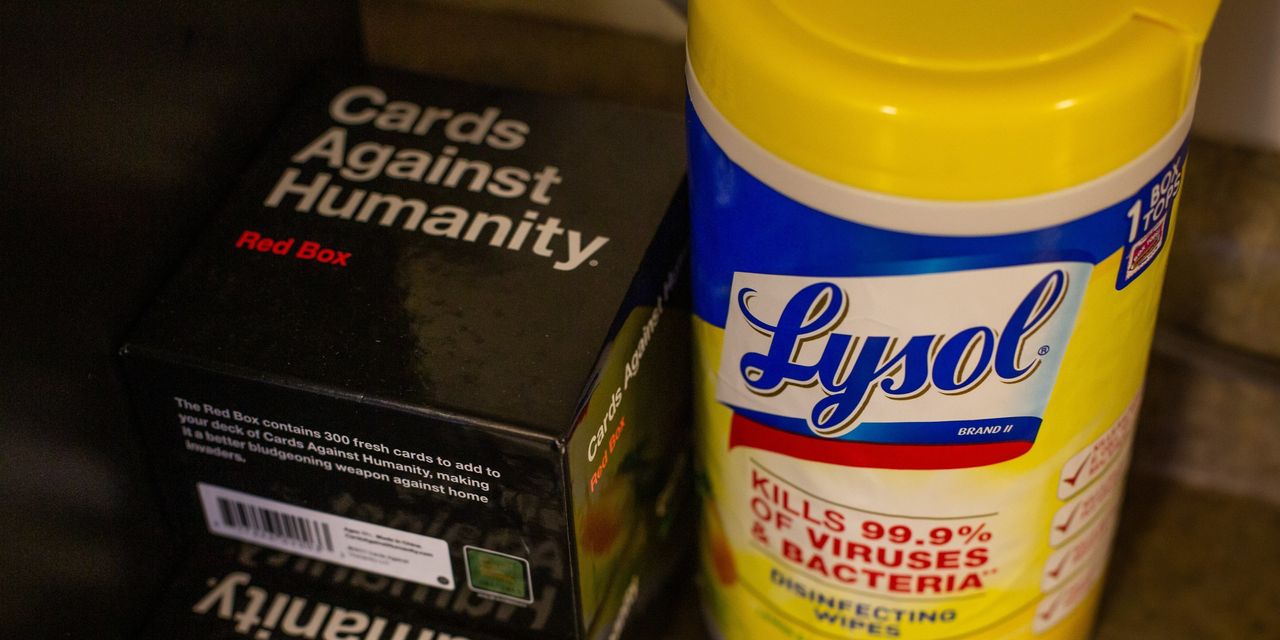 
For Cards Against Humanity, 2020 has been no laughing matter.

The creators of the popular card game — which tries to draw out the most inappropriate and macabre answers to questions for laughs — have decided to forgo their annual Black Friday stunt at the tail-end of a year in which COVID-19 has upended life in the U.S. and around the world.

In previous years, the card-game maker has lampooned the fervor surround Black Friday and Cyber Monday by running absurdist promotions. In 2014, the company sold “literal feces, from an actual bull” — and some 30,000 people placed orders, with proceeds going to the charity Heifer International. Two years ago, the company sold everything from a car to a Picasso lithograph for less than $100.

But this year — against the backdrop of a pandemic that’s claimed over 264,000 lives in the U.S. and a global reckoning with systemic racism — the company decided now was not the time for its usual fun and games.

“Today is Black Friday, Cards Against Humanity’s favorite holiday,” a statement on the company’s website read. “Usually, we do a big, loud stunt in an attempt to make some kind of statement about consumer capitalism.”

Instead, the Chicago-based company chose to donate the $250,000 set aside for its Black Friday promotion to five charities selected by the company’s employees: Equal Justice Initiative, the New Georgia Project, National Low-Income Housing Coalition, Brave Space Alliance and the Laughing At My Nightmare COVID-19 Relief Fund.

“These organizations fight for causes we care about — we believe that Black Lives Matter, that voting rights are human rights, and that no one should go hungry or homeless,” the company said, with a call-out asking people who visited its website “ready to pay us $5 to fill the Chicago River with spaghetti or whatever” to instead donate their money to one of those organizations through links provided.

Earning goodwill can be a winning, profit-boosting strategy for retailers. Studies have shown that people are willing to spend more money for products if the company has a reputation aligned with their own values.

“Consumers want more from brands today, and brands are stepping up to communicate their values. If it’s an authentic act, as opposed to a publicity grab, they will earn customer respect and trust,” said Tracy Williams, CEO of the Los Angeles–based public-relations firm Olmstead Williams Communications. She believes many of Cards Against Humanity’s customers will appreciate the company’s Black Friday gesture, she said.

Of course, Cards Against Humanity is far from the first company to speak out about the issues facing our society this year. Amid the protests surrounding the killing at Minneapolis police hands of George Floyd earlier this year, many companies released statements in support of anti-racist efforts and the Black Lives Matter movement.

But experts and activists have warned that if a company doesn’t back up such statements with real action, it could backfire with customers. “Measuring up to the expectations of your stakeholders sometimes takes you to societal issues,” J. Walker Smith, chief knowledge officer of brand and marketing at Kantar, told MarketWatch earlier this year.

Cards Against Humanity faced its own reckoning in this vein earlier this year. In June, the gaming news website Polygon published accounts from former employees claiming the company’s workplace environment and culture were racist and sexist. As a result of the allegations, one of the company’s co-founders, Max Temkin, stepped down, though he remains a shareholder.

“We are committed to rebuilding a workplace that the partners and staff can be proud of. It is our responsibility to see this through,” the company’s remaining co-founders said in a statement published on the Cards Against Humanity website.

(Cards Against Humanity did not immediately return a request for comment.)

With that context, some viewed Cards Against Humanity’s Black Friday statement as a win-win. “It was a low-risk, moderate-reward decision for the controversial brand, which has faced accusations of racism, sexism and a toxic work environment,” said Brian Hart, found and president of Philadelphia-based public-relations agency Flackable. “Cards Against Humanity was uniquely positioned to spin an announcement like this into a PR win, and regain some relevance this holiday season.”

Tonya Garcia contributed to this story.