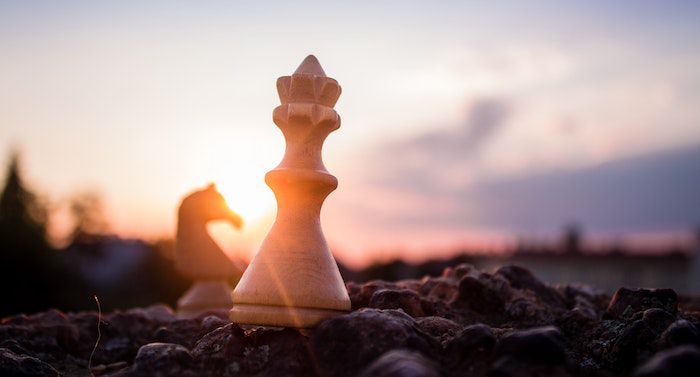 
My latest marathon watch was Netflix’s The Queen’s Gambit, an adaption from a novel which follows Beth Harmon from an orphanage to the lofty heights of international chess fame in the late 1960s and ’70s. And like many other viewers, I was absolutely hooked on this story revolving around a game I haven’t played myself in almost 20 years.

Reader, I am a terrible chess player. My father taught me the rudimentary rules, pieces and movements when I was a child, but honestIy I expect a cat could beat me with little trouble. So you can accept my view that I didn’t enjoy the show because of the chess. I enjoyed it because of its depictions of ambition, advantage, and self-sabotage and of its reminder of the most incredible thing about chess: that, for a time, a 64 square board was the epicentre of the Cold War struggle between the United States and the Soviet Union.

Sign up for our Book Deals newsletter and get up to 80% off books you actually want to read.

Thank you for signing up! Keep an eye on your inbox.

By signing up you agree to our terms of use

While the vast majority of books about and featuring the game are written by men who have gained extensive opportunities, women’s voices are emerging and players of colour are increasingly winning opportunities to play in big leagues and small. I hope that in the near future, more players of colour, more women and more trans players, will be able to tell stories of their own. If you liked The Queen’s Gambit, you might like these books—whether you know your knight from your rook won’t matter. 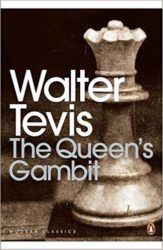 The Queen’s Gambit by Walter Tevis

This should ring a clear bell, because it’s the novel the TV show was adapted from. Published in 1983, this bildungsroman offers a wider viewpoint into Beth Harmon’s life and her sense of growing isolation as she climbs the ranks of the chess world. The book reads like a sports thriller and though I’m not expert on the game, it makes chess sounds like the most exciting thing on earth.

Tan’s novel focuses on four Chinese American immigrant families in San Francisco who play mahjong in the Joy Luck Club. The book is structured like the game, in sections and parts. Mothers and daughters tell their stories with parables and game references stretching across their lives. Mahjong is not, of course, chess, but it’s a game of strategy and calculation. If you liked the idea of chess as a metaphor for life, this one might be a winner. This one is also a movie.

This has a vibe of The Secret History about it, delving into the story at St Oswald’s grammar school, where the Classics master is contemplating retirement. As the term commences, inexplicable small events start to occur, leading to an overall disintegration of the school. Harris uses a split narrative, taking the roles of the black pawn and the white king. 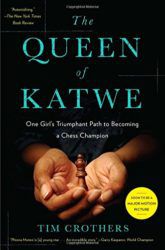 The Queen of Katwe by Tim Crothers

Chess is fundamentally dominated by the achievements of white men who have received a large majority of the opportunities on offer. That’s not to say they’re not worthy players, but women and people of colour have been left behind. This nonfiction work focuses on Phiona Mutesi, a teenage girl and a chess prodigy from Kampala, Uganda. Many people online seem to be asking if Beth Harmon is real— alas, she isn’t, but Phiona Mutesi and the women who come after her could strike new paths for a more inclusive chessboard. This one is also a movie, which is getting to be a bit of a trend with this list.

Birth of the Chess Queen by Marilyn Yalom

When my father taught me to play chess, I was fascinated with the idea that the Queen—a woman!—was the most dominant piece on the board. Any representation meant the world to me, and I remain fascinated about the history of this one little piece. Yalom’s book examines the history of the game, pointing out that its origins in India and Persia are a far cry from the Cold War, and detailing how an unpowerful vizier piece was transformed into a royal behemoth, reflecting the queens who reigned across medieval Europe. This is a genuinely fascinating read, a chance to see a huge volume of human history in one small symbol. 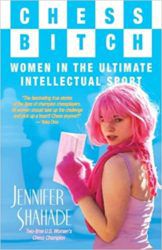 Shahade is the daughter of a Lebanese chess master and her older brother is a Grandmaster. Perhaps chess was always in the stars for her. Chess Bitch is Shahade’s effort to celebrate women in the game, profiling the lives of great women players from history as well as detailing her own experiences around the world. This is also a key book for representation, shining a light on Zambian Linda Nangwale and transgender Angela Alston. With a whole new outlook on the modern game, Cold War chess is over.

Waitzkin was a follower of chess during the seismic Cold War matches, including the famous one between Bobby Fischer and Boris Spassky. His own son discovered chess on a walk through Washington Square Park, and Waitzkin suddenly found himself the parent of a prodigy in an unusual world. As a father, Waitzkin questions the pressure placed on his son’s shoulders, his own role in that pressure, and what the ambitions of a father can mean for his son. And you guessed it, this one is also a movie.