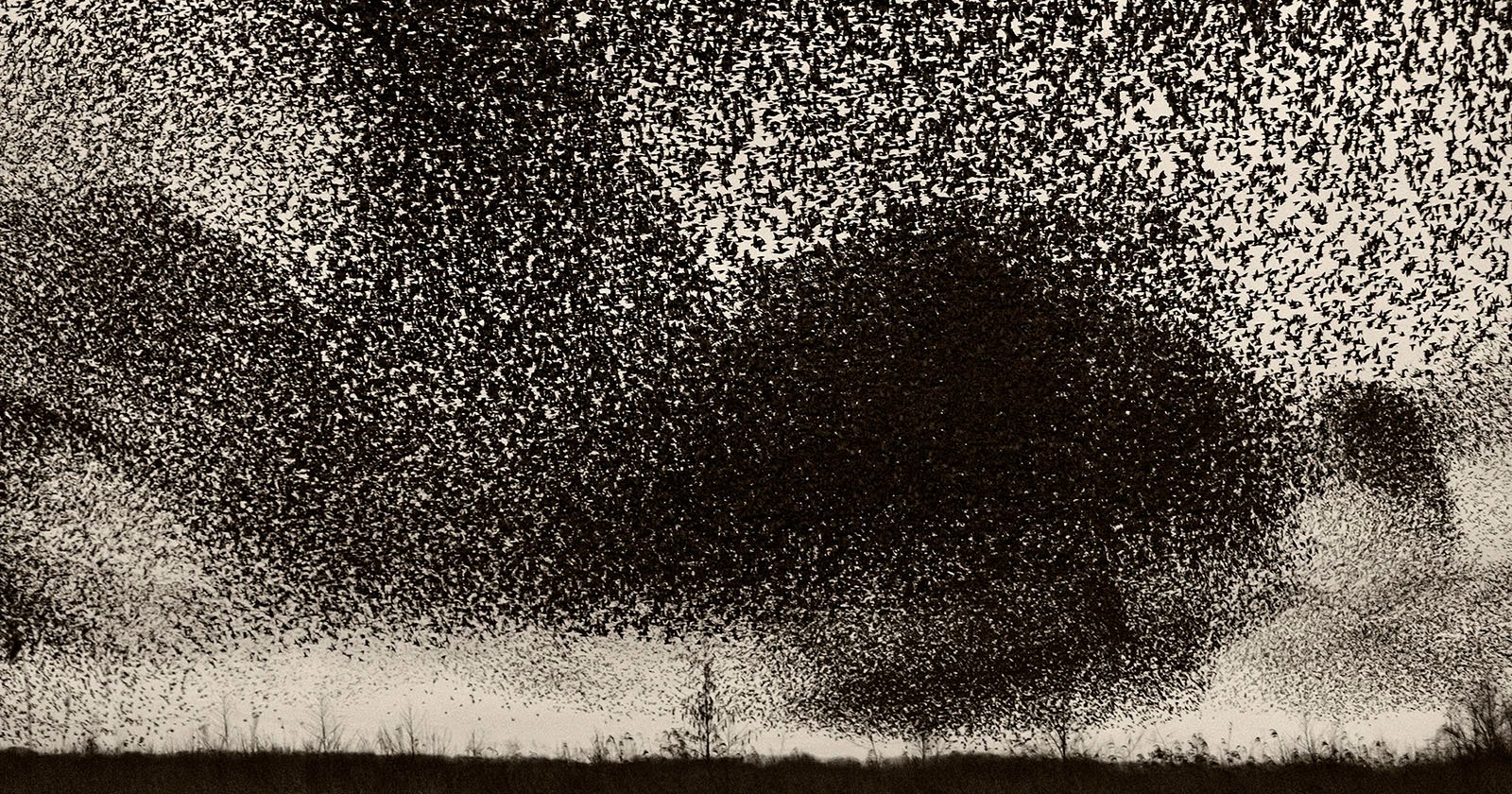 
Black Sun is an ongoing project by Danish photographer Søren Solkær, who began visiting the marshlands of southern Denmark a few years ago to capture the mesmerizing starling murmurations that comprise up to a million birds.

The giant flock darkens the sky with its ever-changing shapes. 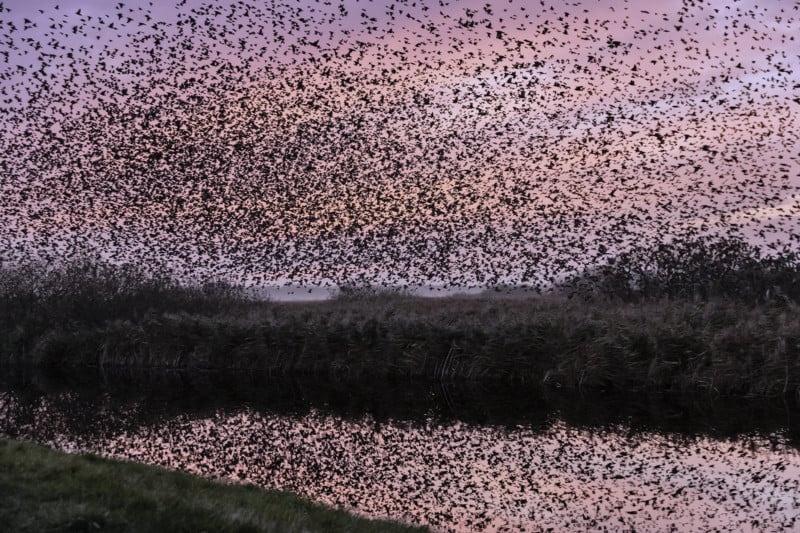 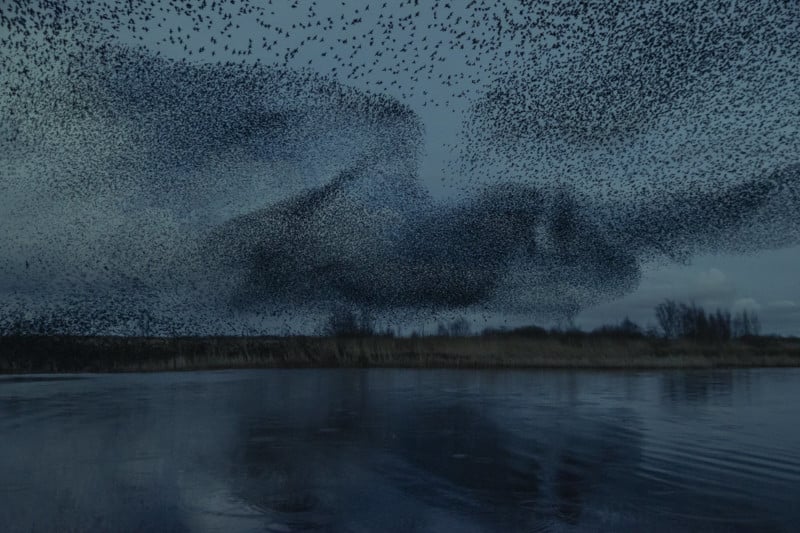 “As the countless birds congregate in large murmurations before collectively settling in the reeds at dusk they put on an incredible show of collaboration and performance skills,” Solkær writes. “And now and then, by the added drama of attacking birds of prey, the flock will unfold a breathtaking and veritable ballet of life or death. 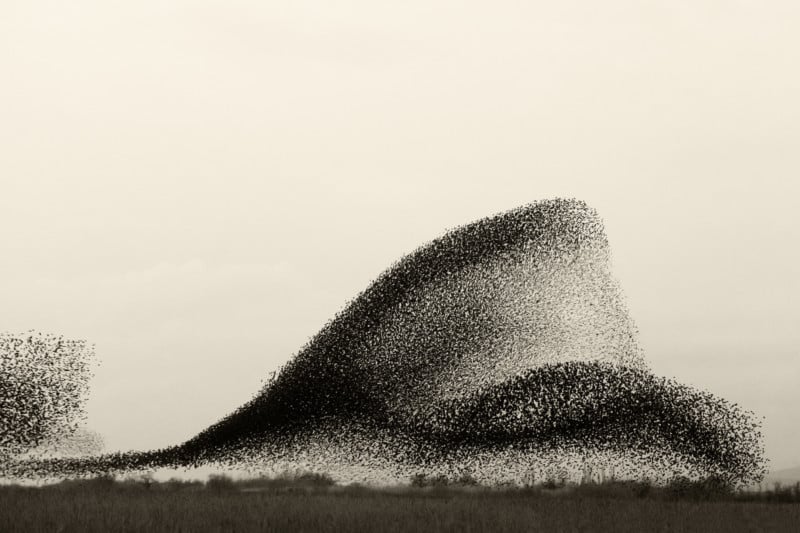 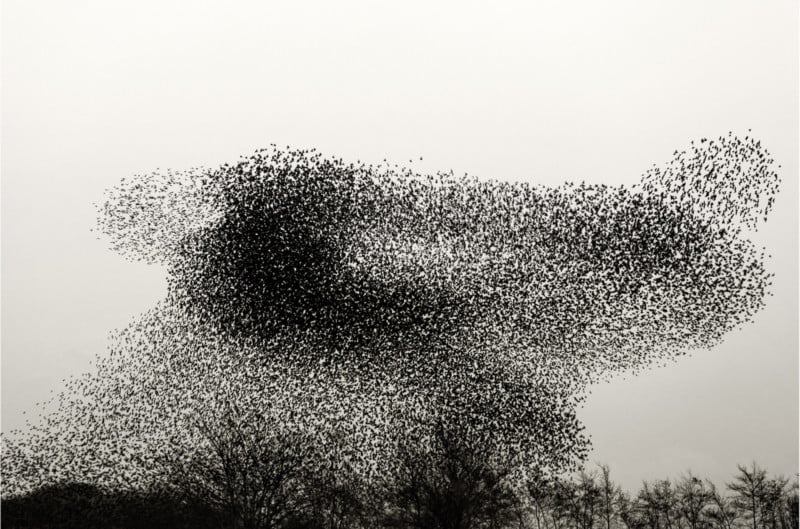 “At times the flock seems to possess the cohesive power of super fluids, changing shape in an endless flux: From geometric to organic, from solid to fluid, from matter to ethereal, from reality to dream – an exchange in which real time ceases to exist and mythical time pervades,” the photographer says. “This is the moment I have attempted to capture – a fragment of eternity.” Black Sun is now available as a photo book in Solkær’s online shop. You can also find more of his work on his website, Facebook, and Instagram.

Image credits: Photographs by Søren Solkær and used with permission