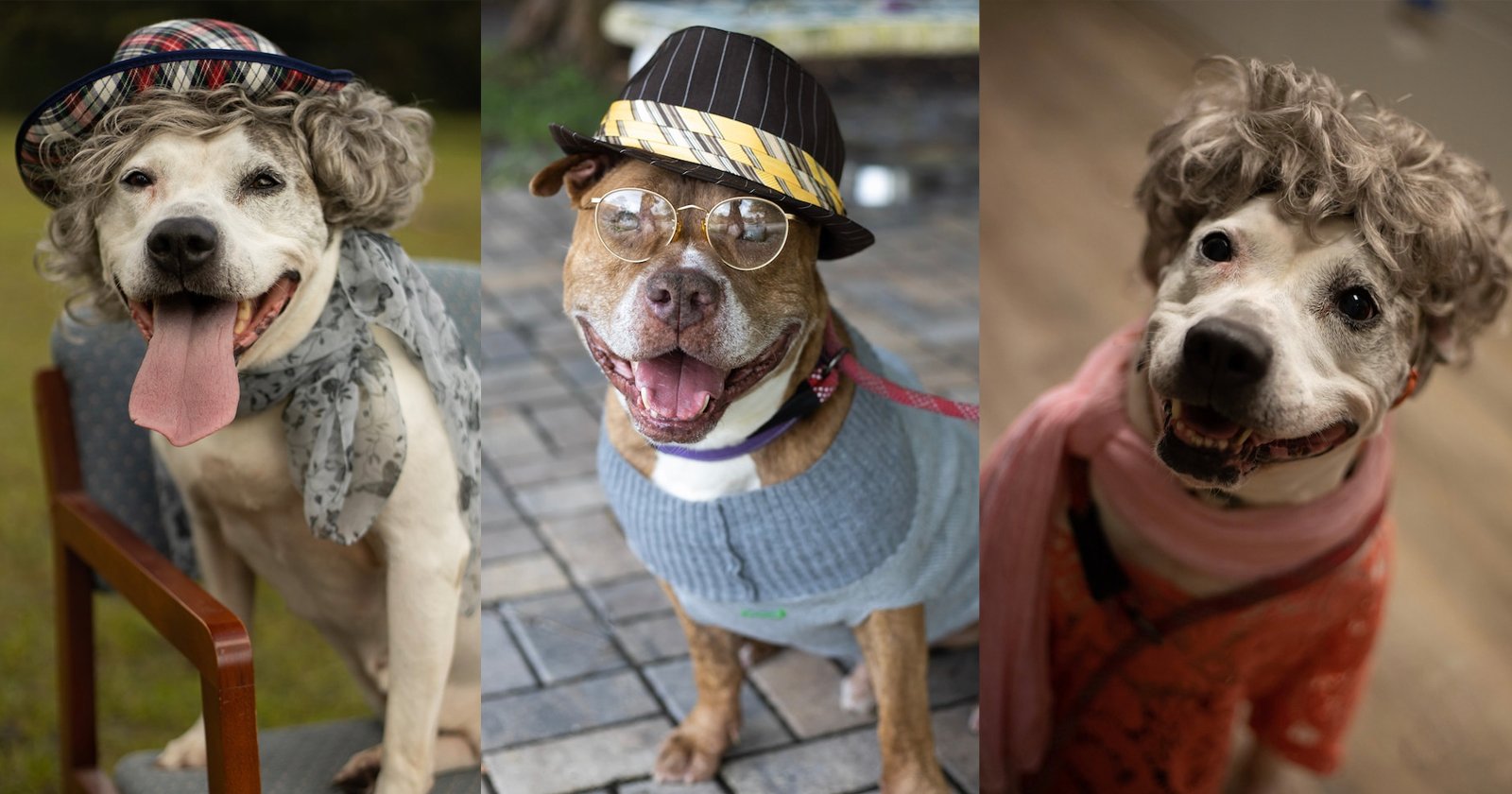 
Senior dogs are typically harder to find homes for than younger puppies but are no less in need of a home. To help encourage their adoption, the Flagler Humane Society has playfully dressed these older dogs as senior citizens in an ongoing photo series.

As reported by CBS News and My Modern Met, the idea for the photo shoot was originally created as part of the “Clear the Shelters” month of August earlier this year, but has continued through November as it is “Adopt a Senior Pet Month.”

The Humane Society staff brainstormed ways to aid in the adoption of these dogs, and since one of the office managers, Kyndra Mott, was a photographer, they came up with the fun promotion.

The result is an ongoing series of photos featuring a dog in need of a home dressed in hats, wigs, and glasses and accompanied by bags and jewelry normally seen on human senior citizens. The adoption campaign has largely been successful, as more prospective adopters have become aware of the animals: on the last reported update, all but three of the senior dogs have found homes.

The Flagler Humane Society is based in Palm Coast, Florida, and is committed to the welfare of animals. The organization provides shelter and care them as well as programs and access to services that aim to enhance the bond between animals and people. The organization was founded in 1980 and takes in unwanted animals in Flagler County and the surrounding areas.

(via Laughing Squid and My Modern Met)